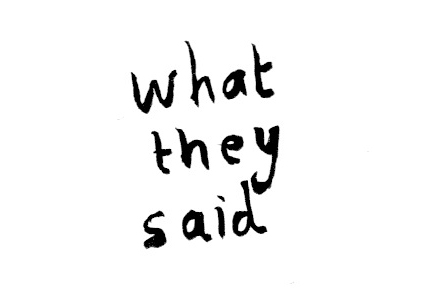 ‘Murray’s storytelling is so fresh and beguiling that, for a moment, we feel this is great wisdom heard for the first time.’
The Times

" Like a tide, Murray’s writing lets itself swell with detailed observations, before releasing in short, almost biting sentences. This book is both languid and thorny, and Murray walks that tightrope expertly.
With a keen eye for summer’s languor and danger, and a sharp ear for the wonder, doubt, and longing in each of her character’s voices, Martine Murray has written a beguiling story about the fragility of family relationships, about the secrets we keep, the power they hold to shape our lives, and about the power of love to somehow hold it all together."
“Masterful … Murray’s unflinching, intuitive tale will satisfy readers who like their family dramas with a strong dose of darkness.”
Publishers Weekly, Starred Review

“Murray perfectly captures the claustrophobia of family life, driven by an emotional barometer that swings from tender feelings of closeness and belonging to long-simmering resentment and regret.”
Booklist

“The Bloom family will absolutely have your heart. Ada Bloom is a sweet, precocious girl traversing that strange territory on the edge of childhood. Her sister Tilly and brother Ben are testing the waters of adulthood, each in their own way. Their parents, Martha and Mike, are both tempted by people in their lives, old and new, in disastrous ways. Readers will be spellbound by this honest and tender accounting of each Bloom family member, told in a chorus of voices, revealing an intimate and flawed family portrait that leaves you feeling connected to everyone around you. Martine Murray’s stunning debut is a true delight."
Julia Fierro, author of The Gypsy Moth Summer

"Once in a while you read a book so perfect you can’t imagine it being written any other way. To change the name of even the most minor of characters or to rejig some of the action would be a senseless act of vandalism.

For me, The Slightly True Story of Cedar B Hartley (Who Planned an Unusual Life) by Martine Murray is one such book. Originally published in Australia in 2002, this is a novel I’ve been itching to review on these pages, but now the time has come, I do so with mixed feelings. Part of me wants to keep it to myself, buying it for family and friends as a special treat, as “our secret”. Part of me wants to shout its brilliance from the roof tops………

This isn’t a book big on action. If you’re looking for elf wars go elsewhere. It is a book about growing up, growing friendship, being different and about acrobatics…

On the matter of growing up, this book is as authentic as any early Margaret Atwood novel, and that’s coming from a huge Atwood fan. Although I suspect that this is a book which will be read mainly by girls, The Slightly True Story… is very funny, deeply moving and just about all you could ask for in a novel for children of either sex, or adults come to that. And, no, I’ve never met Martine Murray and I’m not on commission. Cedar B Hartley does, indeed, have an unusual life and this is a very unusual book. Treasure it."
Philip Ardagh. The Guardian.

"Debut Australian author Martine Murray is a writer to watch. Equal parts Pippi Longstocking and Anastasia Krupnik, her audacious Aussie tomboy Cedar will quickly charm the Capri pants off the female pre-teen set with her pithy sayings and sweet naiveté. A thoughtfully placed glossary of Cedar’s slang is included at the end of the novel for those young readers unfamiliar with the jargon “down-under.” A delightful must-read for fans of Paula Danziger and Jacqueline Wilson." (Ages 12 and older)
Jennifer Hubert

"With unique and fully realized supporting characters and a multiethnic, urban environment, this story vibrates with authenticity. At a crucial moment, Cedar thinks, “Sometimes life hits you at such a startling lightning kind of angle, that you get pushed off your normal viewing spot. You stop knowing how things are. Instead of what you know, there are the patterns that stars make; the sound of the night breathing; the small aching spot where your feet touch the earth.- You think that if there is an It, you and It are nearly touching.” This unique, vulnerable, and hugely likeable protagonist has the potential to push readers off their “normal viewing spots.” Small, wonderfully quirky line drawings accompany this breezy yet serious novel, which includes an amusing glossary of Australian terms."
Susan Patron, Los Angeles Public Library

“ Martine Murray is one of the most original, irrepressible and exciting “voices” to be heard amongst writers at present.”
Viewpoint, Summer 2003 Moira Robinson)

“ Murray is an exceptional talent and this is a marvellous book.”
(Australian Book Review, Jan 2003) Robyn Sheahn-Bright.

"Although Mannie’s defining attributes—acute self-consciousness and claustrophobic intensity—are hallmarks of many YA heroines, Murray’s powerful lyrical voice and close observation breathe new life into them….
First published in Australia in 2003, the novel offers an especially vivid sense of place—the harsh but open rural landscape and densely populated yet lonely, urban Melbourne.
Kirkus reviews

"Writing with an unusual sensitivity and a poet’s sensibility, Murray (The Slightly True Story of Cedar B. Hartley) details the tragedy-ridden life of 17-year-old Mannie Clarkeson. ….”I’d just float off, figuring that life would be better if I was a bird and not a girl with a bung leg and bad thoughts.” Mannie has high hopes, but her past and the loss of her love interest weigh down her journey.
Told in a sweeping and elegant series of flashbacks, this novel, first published in Australia in 2003, presents a delicate internal journey and a sophisticated meditation on the struggle to find wholeness in broken pieces."
Publishers Weekly

‘This is a story of an unlikely friendship, a common theme in children’s books, but one that feels refreshing due to how nice these children are. Martine Murray captures sadness without wallowing in it…Joey and Marsh’s story is both reassuring and encouraging for children aged eight and up.’
Books + Publishing

‘Marsh and Me is a stirring coming-of-age story with a wonderful main character. Murray is a master of telling gentle stories, exploring the small worries and victories of daily life, revealing magic in the mundane.’
Readings

This is a gentle and tender story of finding yourself, finding new friends and finding your voice. It’s for anyone who has a song hidden within them.’
Younger Sun

‘The novel’s strength is in its ability to reveal to a child reader that despite our multicultural community, children from ethnic minorities can still struggle with issues of identity…This is a book that could be a casual read or a whole unit of study.’
Magpies

‘Molly and Pim is wild, whimsical and wonderful. It makes you fall in love with the world and everyone in it.’
Sally Rippin

‘A beautiful magical story, full of surprises and brimming with wisdom.’
Karen Foxlee

Martine Murray’s writing is majestical and sophisticated…this book has a sense of wonder about it.’
Books & Publishing